Mitch founded Knucklebones in 2004, after realizing his true passion for bringing athletic opportunities and inspiring play to all ages.  He holds a bachelor's degree in Sociology from Hofstra University and a master's degree in Elementary Education the University of Northern Colorado.  He is an Eagle Scout who wants to empower youth around the world (www.tusi.org), loves taking pictures of the natural environment, through which he created a lifestyle brand (www.awncreel.com), loves eating healthy and consequently co-founded a healthy food services company (www.satiated.cool), took his first 'tech" job and turned it into an information powerhouse (www.edugion.com), and loves to walk and bike everywhere.

Erin joined the Knucklebones team in the summer of 2008 after meeting Mitch while watching a Red Sox game.  Sharing Mitch’s love for athletics, children and play, she realized what a special company Knucklebones was growing into.  Prior to Knucklebones, Erin graduated from Rhodes College, where she was a member of the Women's Basketball team and worked in various summer camps.  In her free time, she enjoys getting stuck in foreign countries due to volcanic eruptions and commuting around the city on her bike. 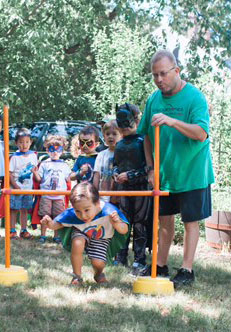 Corey joined Knucklebones in the spring of 2010 after spending 10 years as a child care teacher. Growing grew up in Revere, MA Corey went on to receive a bachelors degree in Early Childhood from the University of Tampa..  When not working he enjoys working out, traveling and playing sports. He is also an avid Boston sports fan!

Wes joined the Knucklebones team in the fall of 2012 after graduating with a degree in Recreation Management from Springfield College.  Growing up in Watertown, MA, he found a passion for sports, especially action sports. Wes currently has a black belt in Kenpo Karate, a high school basketball state title and has won Skateboard and Snowboard competitions. In his free time, Wes plays the drums and performs gigs with his "pops".
​

Gwen joined Knucklebones in 2013 after spending seven years in child cares. While originally from Pittsburgh, she received her bachelors degree in Early Childhood from Lesley University. Gwen took a short break from Knucklebones to work at a local YMCA but, shortly came back to us as she missed the opportunity to work with such a diverse and varied age range.

Brett joined the Knucklebones team in 2014, working during school vacations and throughout the summer. He received a bachelors degree in Physical Educaiton Pedagogy from the University of New Hampshire. He works full-time as a PE teacher and Athletic Director at a school for students with special needs in Boston.  When not teaching, he enjoys working out, taking his dog (Arya Stark) for runs, coaching, and rooting for his NEW YORK YANKEES! 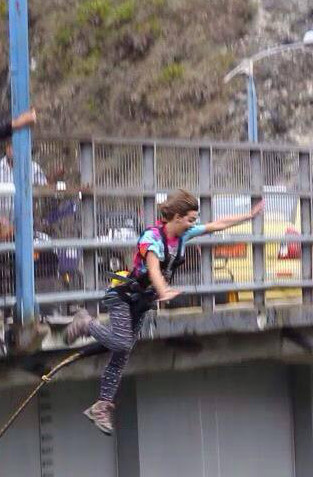 Kayla got involved with Knucklebones after working with them for three years through the Charles River Conservancy’s Summer Parkland Games. She received bachelors degree's in Psychology and Elementary Education from Northeastern University and a Master’s in Special Education at Boston University.  She now works as a full time elementary teacher.  She enjoys spending her free time traveling internationally. ​ 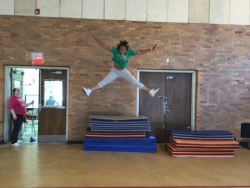 Portia joined the Knucklebones team in the spring of 2018. Throughout high school, she ran track and played varsity volleyball all while working with children in various areas.  Portia now works in the extended day program of Cambridge Public Schools while also attending college to purue a paralegal degree.

We look forward to working with you...for the love of play!